Released Day Blitz for Seduced by The Game

Blurb ~
It’s time to drop the gloves and fight! Support the Fight against cancer that
is. This anthology of 8 brand new novellas is hot enough to melt the ice
these players skate on. Featuring stories from popular New York Times
& USA Today, Amazon, and Barnes & Noble bestselling authors,
including Toni Aleo, Cassandra Carr, Cindy Carr, Jami Davenport,
Catherine Gayle, Jaymee Jacobs, V.L. Locey, Bianca Sommerland, and
Nikki Worrell.
New York Times and USA Today Bestselling Author - Toni
Aleo TANGLED IN THE LACES
In Tangled in the Laces, Karson King is on the fast track to the pros and
Lacey Martin is coming back from a hard fight against cancer and is
terrified of him but their love is too much to ignore. Will Karson prove that
he will protect her heart at all costs, or will he leave Lacey to pick up the
pieces of her life once again?
Cassandra Carr and Cindy Carr HOOKING HANNAH
When Hannah attends an all-star game, she doesn't expect a hockey
player of all people to turn her world upside down. Her sister is married
to a player and Hannah never wanted that life. But Scott could change
everything. For Scott's part, he has to know the woman who stirred his
blood with just a look, and once he does, he realizes he wants Hannah to
be his forever. Now to convince her...
Jami Davenport CRASHING THE BOARDS (Seattle Sockeyes 1.5)
Professional party crasher, Izzy Maxwell, needs the cooperation of
reluctant party guest Cooper Black, the team captain of Seattle’s new
hockey team, but Cooper can’t get past his anger over the team’s
relocation to Seattle. Can Izzy melt Cooper’s frozen heart or will this party
crash along with her fledgling business?
Catherine Gayle TAKING A SHOT (Portland Storm 2.5)
Katie Weber has had a crush on Jamie Babcock for almost two years,
since he joined her father’s hockey team, the Portland Storm as an
eighteen-year-old rookie. When cancer takes her health, her hair, and
even her friends, she can’t bear to go to senior prom…until Jamie
intervenes.
Jaymee Jacobs A VALUABLE TRADE
Bryan's life gets turned upside down when he gets traded to the Dallas
Comets, and things get even messier when he meets Georgiana, the
Director of Team Services. He's got a lot of work to do to prove his worth to
his new team, but Georgiana's sure he'll prove to be a valuable trade.
V.L. Locey HEIR APPARENT
Superstar Cam Evans is fighting to climb out of a slump that`s growing
worse with each day of living in denial. Fresh from the minors, Jacobi Neal
is hungry for this chance to play back-up for the legendary goalie. Can
two men battle each other, their inner demons, and the sizzling attraction
building between them?
Bianca Sommerland BLIND PASS (The Dartmouth Cobras 0.5)
Nothing could stop Tim Rowe, the assistant coach of the Dartmouth
Cobras, from falling in love with Madeline, but love alone can’t satisfy
every need. Sometimes, to reach the goal, you have to take the chance
with a . . . Blind Pass.
Nikki Worrell - CAPTAIN, MY CAPTAIN (Prequel to Scorpions Series)
Keith Lambert is the captain of the Flyers—until he’s not. To everyone’s
shock, he’s traded to the San Diego Scorpions. As if that’s not bad
enough, Phoebe, his girlfriend of two years, decides she doesn’t love him
enough to follow.
All alone in a new town, Keith is drawn to Kelly, his take out delivery girl.
When she shows up at ice girl tryouts, he’s lost. She’s all he can see.
Can he convince her to forget her past and take a chance on him or is he
destined to be alone in a new town a little bit longer?
**Proud Supporters of Hockey Fights Cancer.
Website: http://www.seducedbythegame.com
Goodreads: https://www.goodreads.com/book/show/21399240-seduced-by-the-
game?from_search=true 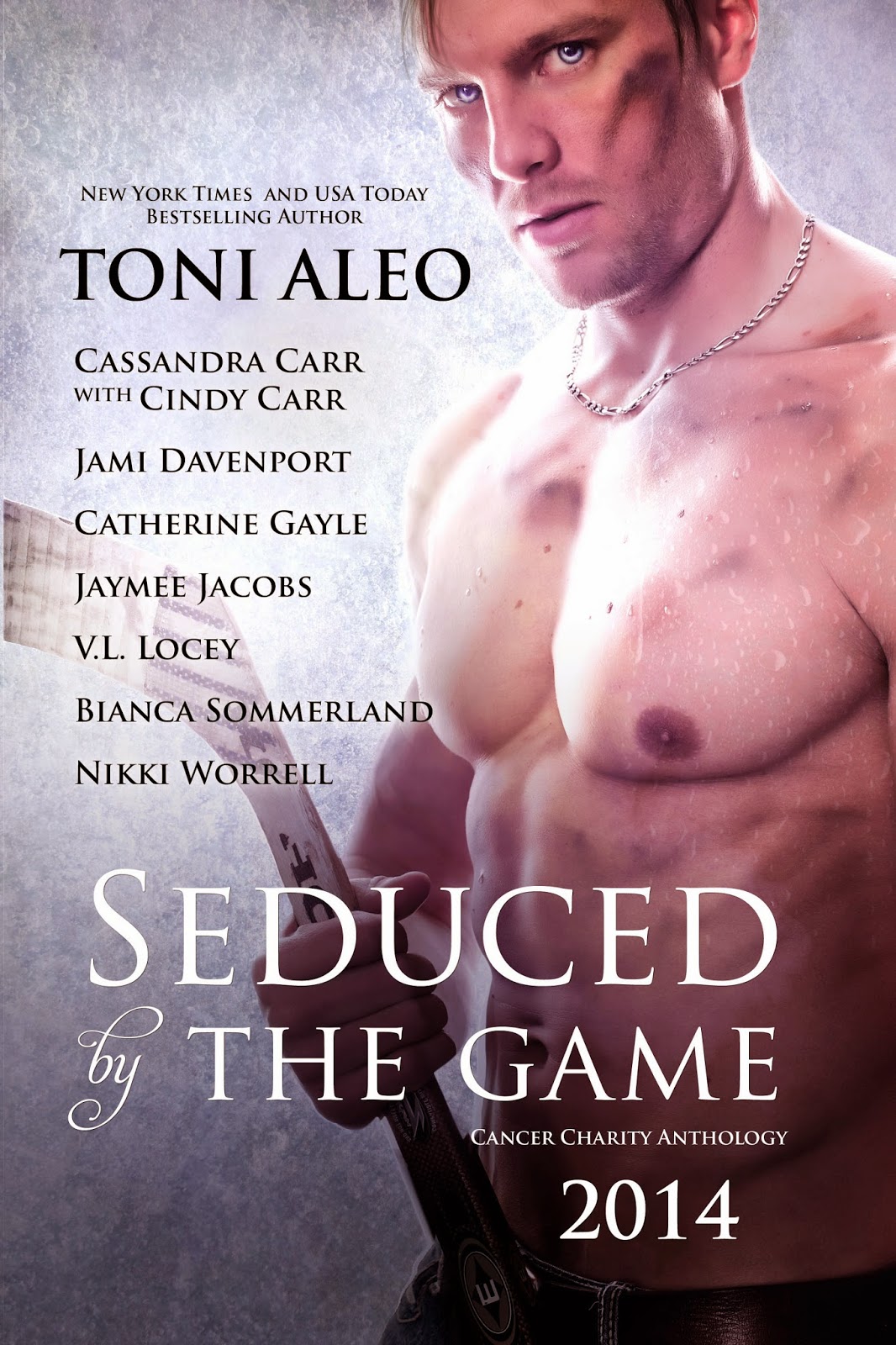 Excerpt from Tangled in the Laces by Toni Aleo

When the song ended, Karson stopped moving and slowly lifted his hands up to frame her face, his eyes searching hers. Softly, he said, "I can’t sing for shit, but I will pay to have someone sing to you. I don’t dance well, but I’ll do it just for the chance to touch you. I’m not one to listen to guys sing to find the perfect song for a girl, but I did for you. Most of all, I don’t usually pour my heart out to a person in front of a full coffee shop because I’m not that much of a romantic, but for you, I’d do it all. I’d do anything to be with you, and I’ve waited for someone like you my whole life. It’s true, all of it, and I would be the luckiest man in the world if you’d agree to go out on a date with me. Please give me the chance to make you fall for me, like I have been falling since the first moment I set eyes on you."
Never in her life had she had someone so ruthlessly come after her. Her heart pounded in her chest as he held her gaze. His eyes pleaded with her, begging for that chance. She wanted to scream yes and never let go of him, but there was a part of her that had her frozen with fear. "I’m terrified of you, Karson. You don’t know what you are getting into. I’m just now picking up the pieces of my life. I can’t redo it all when you run for the hills."
"I’m not going anywhere, Lacey. I’m here. I’m yours. Just give me the chance."
Biting into the inside of her cheek so hard it hurt, she closed her eyes as she leaned her forehead against his lips, taking in a deep breath. She was given a second chance at life to live it, not to hide. She had to live her life to the fullest, and a part of her knew that she wouldn’t be living if Karson weren’t a part of her life. Yes, she was terrified, and yes, there was a chance that he would completely break her, but she couldn’t help but try. She didn’t care how crazy it was. She felt the same thing he did. So she slowly nodded, as she looked back up into the caramel eyes she craved to look into daily.
A grin came over his lips, and she returned it before whispering, "Yes." 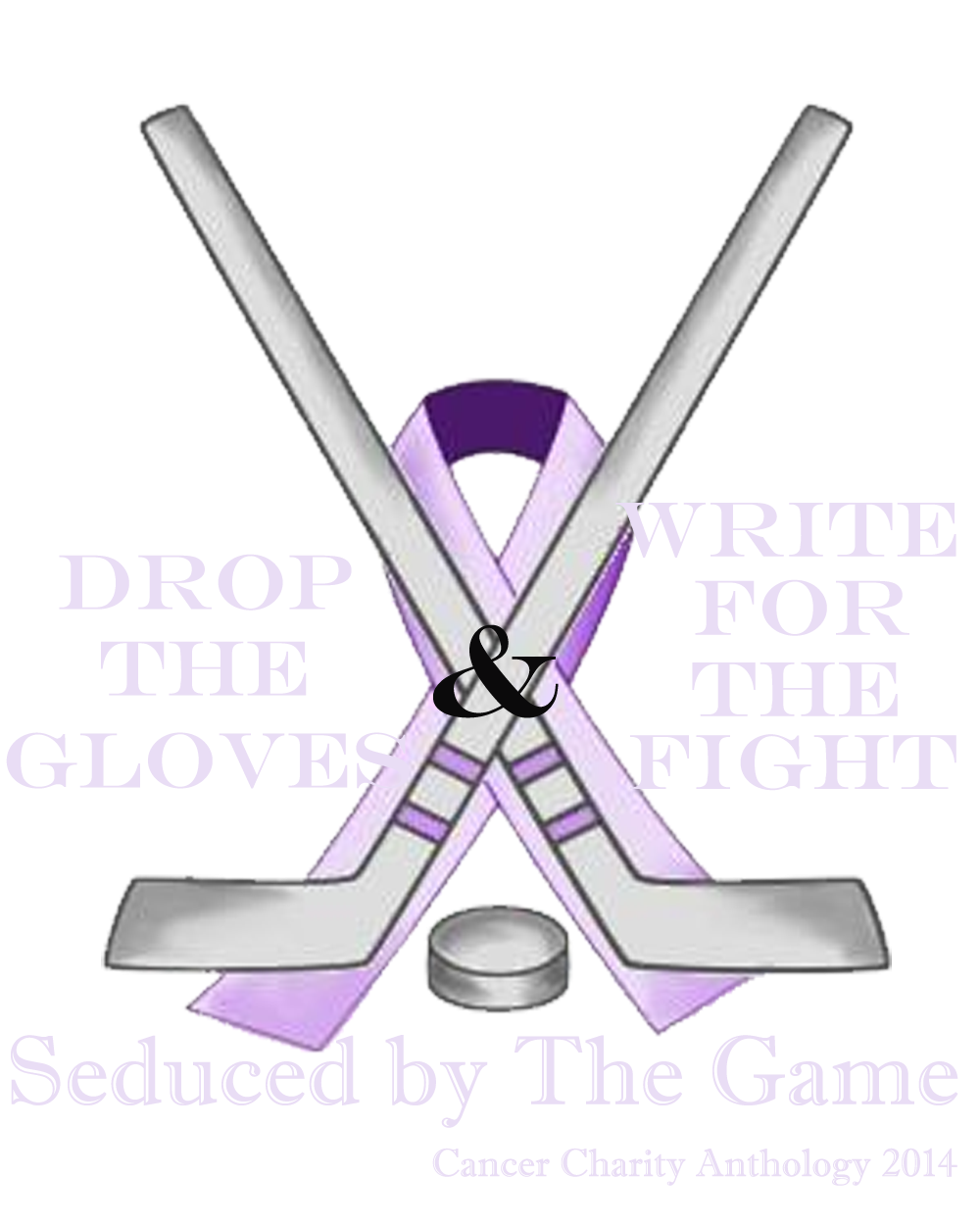 Posted by RomFan Reviews at 8:00 AM
Email ThisBlogThis!Share to TwitterShare to FacebookShare to Pinterest
Labels: Blitz, Contests, promo, Release Blitz