Blog Tour & Review: Possessed by You by Jo-Anna Walker 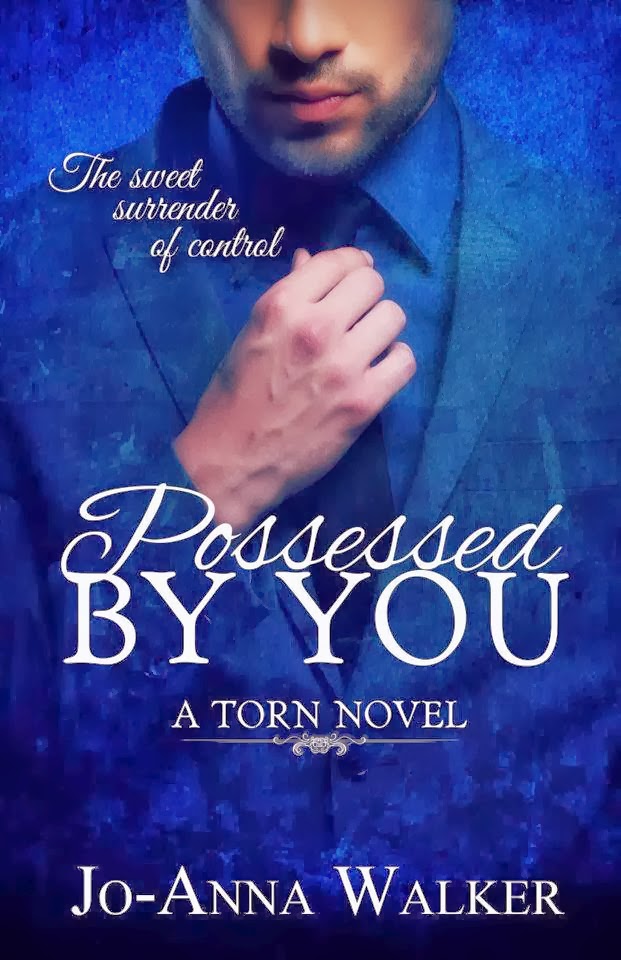 REVIEW
﻿
We first met Brett McLean in Break Me with Sebastian and Tori, but he was such an amazing character that he got his own series.  YEAH!!!! Brett's uber need for control was only grazed upon until now.

When Evie Neal took the bartending job at The Red Love she never expected to come face to face with such a powerful force of raw sexual energy.  The manager, Brett McLean, was drawn to her the moment he laid eyes on her.  Beautiful. Funny. Strong. Sexy. And most of all,  a desire to make her scream his name in the throws of passions.  Evie knew better than to get mixed up with her boss, but too bad her brain didn't get that memo.  Just one taste and they were addicted to each other like the purest of drugs.

After succumbing to Brett's dominate sexual energy just once, Evie is unable to walk away, but he is keeping something from her.  Secrets will try and force them apart, but will their love and need for each other be enough?

WHOA!......the book started out with a bang (hehe, pun intended) and makes you submit to its power.  The author did a fabulous job of showing us the real Brett in all his pure sexual power and need for control.  Evie and Brett's sexual encounters are of epic proportions requiring a cigarette (if I smoked), chocolate and a cold shower.  I think my ovaries exploded more that once thanks to Brett.  The truth almost costs him everything!  Two kindred souls like Brett and Evie will find a way.

Releasing control is relief…
I was warned about men like Brett Maclean.
He was dark and thrilling, intense and controlling. And he captivated me from the very start. He unleashed something inside of me like no other. His bad rep and troubled past drew me to him like gasoline feeding a flame.
With just one taste, I felt the danger in him, the uncontrollable power that left me breathless. The passion consumed me. Fast and hard.
Temptation couldn't guard my heart. I should have known a man of such raw and wild desires came with competition. 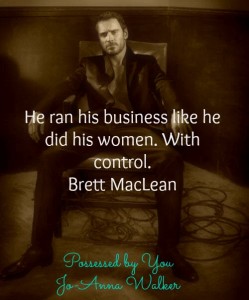 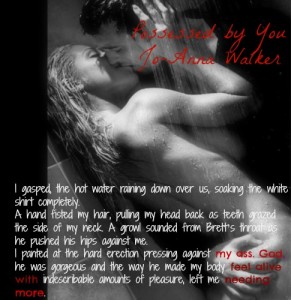 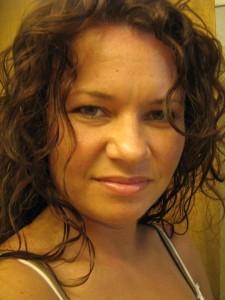 I'm a new self-published author who just got introduced to the writing world early 2013. My aunt suggested that I write a story because I'm an avid reader but I waved it off and left it alone. Well this year, a story came to me and I went with it. It took me a little bit but I finally got a story idea that worked and now I can't stop or control the characters/stories that keep popping up in my head. I'm born and raised in Canada and I live with my very wonderful and supportive husband, Michael. We don't have any children (yet) unless you count our cats. My hubby been my rock through this whole new experience for me. I couldn't have done it without him and my friends and family. One of the many things I love about this new chapter in my life is that I'm learning constantly. It's never a dull moment and as long as one person likes my story, I am happy. To learn more, visit Jo-Anna on her blog, on Twitter, Facebook, Goodreadsand Pinterest. Jo-Anna Walker is also author of Break Me, Always Me, and In the Heart of Forever (A Heart Story). 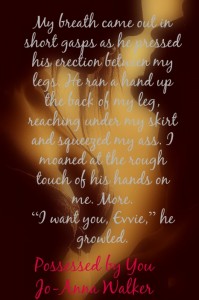