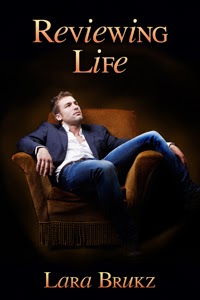 Recovering alcoholic Marshall Ellerbee still grieves the loss of his best friend and lover, Eric. After a year of sobriety, Marshall accepts a new job with the Wellness Center, something else to help him continue cleaning up his life. Things are finally improving when his sponsor has a heart attack. The counselor hired to replace him is none other than Kyle Young, the lost ex's best friend. Kyle has always hated Marshall, but now they must work together and move past their history. When Marshall saves Eric’s life, Kyle suddenly sees Marshall in a new light. But will romance unsettle Marshall’s hard-won new stability…

Seth’s heart attack and subsequent death was hard on everyone at the center. I missed my friend, and the kids missed Seth’s down-to-earth counseling methods. I hoped whoever replaced Seth knew he or she would have very big shoes to fill. I worried it wouldn’t work for the replacement or for any of us.


Turned out that was something else I hadn’t needed to be concerned about. Marla had told me the new counselor was being given a tour that day, and I’d asked her to bring him by so I could meet him.


“Hello?” I heard Marla say when she knocked on the door.


“Come in.” I stood and was shocked when I saw Marla with the new counselor. He was tall, with dark hair, chocolate eyes and bronzed skin—flat-out, drop-dead Abercrombie-and-Fitch gorgeous. I would have said he was a perfect man, if not for one problem… he hated me.


His name was Kyle Young, and he was Eric’s best friend. Eric—my ex-boyfriend, the man I ran over with my car and paralyzed. Yeah, he hated me and justifiably so. Eric and Kyle had been best friends since childhood. They were damned-near brothers and had been inseparable when I entered the picture. I’d met them in college, and even back then Kyle hadn’t liked me.


“Kyle Young.” I extended my hand, and he took it. His grip was firm and solid. Evidently he hadn’t recognized me as quickly as I had identified him. He looked at me a moment before I saw the light dawn in his eyes.


“Marshall?” He could’ve caught flies with his mouth open so wide.


Marla looked back and forth between us. “You already know each other?” Kyle and I both nodded slightly. “That’s great,” she said, evidently not feeling the tension between us. “Since Kyle is taking all Seth’s cases, I was hoping you two would get along, but looks like I don’t have to worry about that.”


It always amazed me when smart people were clueless to obvious things, like the fact that the look Kyle was giving me meant he’d rather kill me than work with me.


“How are you, Kyle?” I swallowed hard. The man made me nervous. I’d never noticed before how attractive he was because I’d always been so focused on Eric. Kyle had no idea I was a changed man; I hadn’t seen him or Eric since before I had stopped drinking.


“I’m good,” he answered. The tick in his jaw didn’t go unnoticed. I had a challenge ahead of me. I’d been working on step nine—making amends to those people I had wronged. Eric was the person I had wronged the most, and I had been waiting to take that step with him.


“I’m the activity coordinator,” I said. “Seth and I used to work together with the kids on a regular basis.”


“I’m sure we can work together,” he replied. What he wasn’t saying was: We need to talk privately.


“I can finish giving Kyle the tour, if you have other things to do, Marla,” I said. As if on cue, her phone rang. She mouthed a thank you to me as she left the room.


“Well, this is awkward, isn’t it?” I said. He looked at me and attempted a smile.


We were both silent for a very long minute and then we both tried to speak at the same time. “Please, go ahead,” I said.


“Look, Marshall, obviously there’s tension between us. I’m sure we can both be professional pertaining to our job.”


“Of course.” I’d learned a lot about being a professional in my months of working here.


“I’ll admit though that I don’t trust you.”


“I’m sorry, Kyle.” I saw the dark clouds before the storm formed into Kyle’s eyes and I knew I was about to get hit by lightning.


“You’re sorry, Marshall? It’s not me you need to apologize to. It’s Eric. He is the one you hurt, and you weren’t man enough to own up to what you did. No! You ran and hid your sorrows in more booze. I had to comfort and care for your lover.” Kyle ended his tirade with a single long huff, still looking as though he wanted to hit me. I didn’t know how to respond. He clearly didn’t want to hear my apologies. “I can’t do this here and now, Marshall.” Kyle stalked away.


I truly felt bad that he’d held on to that anger, but he was right in one way: I needed to own up and apologize to Eric. And Kyle as well, for standing in for me when I was too afraid.
Rafflecopter:
a Rafflecopter giveaway
Author Bio:
Who is Lara Brukz? Born and raised in the natural state, Arkansas. Yes that’s right, we have computers too and shoes as well. Shoes are optional especially in this heat, hell sometimes clothes are optional too. So how does a girl from the middle of nowhere end up writing m/m fiction? Hell if I know. I started reading m/m fiction several years ago. Having the option of m/m with 2 dicks, or a m/f with a dick and a parts that I have but don’t care to read about. Of course I clearly choose the 2 dicks dueling. Just gets my groove moving!! Couple of years ago I met the awesome Ethan Stone, he’s like my twin except with a dick and I have a lot more hair on my head :) . We’ve been pretty inseparable ever since. I have helped him (more like arguing) with some stories, you know giving my opinion and stuff. So long story short, he is the reason I started writing. He was the inspiration in my first book. Kiss and hugs to my gay husband. I work full-time crunching numbers and also attend college going for my 2nd degree. Mother of a rambunctious 7yr old and a wife. Yup you got it I don’t sleep a lot.
Buy Link:
http://www.dreamspinnerpress.com/store/product_info.php?products_id=4378