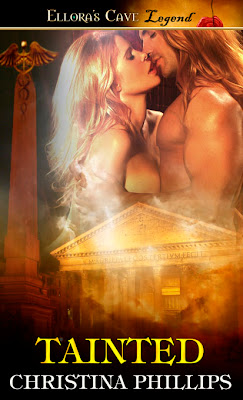 Driven by the knowledge he failed to protect his king and embittered at losing the woman he loves, Celtic warrior Gawain despises the lust he feels for the beautiful Roman patrician, Antonia. She is everything he’s never wanted in a woman, yet she ignites his passion like no other. Despite the danger of discovery he embarks on an illicit liaison with her, determined to uncover the reason for the infinite sorrow that haunts her eyes.
Newly arrived in Britannia from Rome, Antonia is inexplicably drawn to the cold, tough Celt whose touch stirs a desire she long thought died at the hands of her brutal former husband. With Gawain she learns the pleasure of sex and his unexpected tenderness thaws her frozen heart. But she hides a deadly secret that could be her undoing, and knows her growing feelings for him can lead nowhere. Yet when a shadow from her past threatens her future Antonia is torn between the Empire of her birth and betraying Gawain, the man she’s grown to love.

Inside Scoop: This medieval romance dabbles a wee bit in the paranormal. 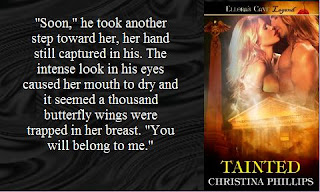 
Did he know the affect he had on her? It was a mortifying thought. She struggled to regain control of her senses, the use of her voice. And only then did the scandalous impropriety of his touch finally occur to her.
She should pull her hand away. Stand up. Put distance between them. He might be a kin of her hostess, but he had no right to touch her so. No right to cause such shocking sensations to ricochet through her body with little more than a smoldering glance.
But the shameful truth was, she enjoyed his touch. Even if all it comprised was the tip of one finger tracing across her knuckles. Where, earlier, his lips had also caressed.
Her lips parted, an involuntary response to her parched lungs. Was this how her former friends had felt when they first encountered a future lover? Could she have been tempted, as a young bride back in , if Gawain had sought her out?
“I cannot fathom why you feel the need to tell me such a thing.” She pulled her hand free and resisted the temptation to wrap her arms around her waist in a forlorn gesture of self-comfort. It had taken less than a year of marriage for her to recoil from the thought of enduring more sex from a strange man than she had already suffered from her insatiable husband. “Why should I imagine you might wish to hurt me? You don’t even know me.”
He leaned toward her and a heady essence of wild forests and dangerous passion mingled with the undeniable scent of raw masculine arousal. He was so close she could see amber flecks in his dark eyes, and the sight transfixed her.
“Not yet.” His provocative whisper weaved through her mind, his meaning unclear. Not yet? The intensity of his gaze seared her and through the erratic pounding that distorted her reason, she finally grasped his intention.
Instead of outrage at his presumption, a flicker of excitement danced through her breast. It was insane that this virtual stranger could make her forget the indignities of her marriage bed so easily. But even as she knew she would never succumb to the desire that smoldered through her blood, she acknowledged its heady intoxication.
Perhaps, if circumstances were different, she might have forsaken her good sense and indulged in an illicit liaison with this Cambrian warrior. Perhaps, in his arms, she might finally lay to rest the unending nightmare of Scipio’s demands.
How terrifyingly seductive.
“You presume greatly.” She tore her gaze from his and once again focused, unseeing, on the nearby marble column. That Gawain was practiced in the arts of seduction was clear. That he considered her simply another Roman noblewoman to conquer was also, unfortunately, quite obvious.
She was too old and world weary to fall for his spurious honeyed words. But still, knowing all this, she could not deny how much she enjoyed his undivided attention. 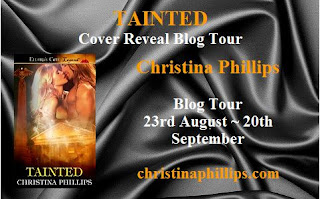 Christina loves writing dark tales of tough, sexy warriors who are brought to their knees by their heroines. A mystical touch of fantasy or paranormal usually weaves its way through her stories, although strangely enough this wasn’t her intention when she first starting writing her Roman/Druid romances. But when ancient gods and goddesses get involved, it’s best just to go with the flow J
She is published by Ellora’s Cave and Berkley Heat and has dipped her toe in the indie pub waters. She is a member of the Romance Writers of Australia, Romance Writers of America, the DarkSide Down Under Group Blog and Historical Hearts Group Blog.
Christina is an ex-pat Brit who now lives in sunny with her family. She is also owned by three gorgeous cats who are convinced the universe revolves around their needs. They are not wrong.
Connect with Christina:
Website    Facebook    Twitter    Goodreads    Blog
Tour Wide Giveaway Details:
One Prize (International):

Posted by RomFan Reviews at 8:00 AM
Email ThisBlogThis!Share to TwitterShare to FacebookShare to Pinterest
Labels: Cover Reveal