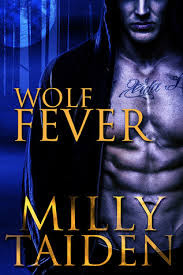 Changes she can't understand… When Raine Bowe volunteers for a sleep study for the extra cash, she didn't expect to wake in a lab or to be victimized by a mad scientist. She escapes with one objective--to find someone strong enough to wage war with the evil growing inside her. A job he won't accept… Ryder Storm is a man with a reputation--the bad boy of his own universe. He doesn't take prisoners, won't give into a sweet smile, and doesn't cut his pack an inch of slack. He knows the desperate woman in his bar is his the moment he lays eyes on her. He'll give her anything she wants, except the one thing she's begging for. Death. Passion neither can fight… Raine enlists Ryder’s help to unravel the mystery surrounding the hours she lost in the lab and to help tame the beast inside her. In their search for answers, the road will lead them to a twisted experiment involving shifters, humans, and the creation of the ultimate Alpha. He's ready for the adventure and she's ready for her answers. Neither are ready for the lust that calls down from the mating moon. But a wolf knows its mate, and an alpha will not stop until he or she gets what they want.
RomFan Reviews says:
I am eager to see where this series will go.  Ryder and Raine are a fierce couple and any smart man would steer clear.  Their sexual desire for each other is sizzling, red hot! The underlying mystery kept my attention to the very end.
To read the full review, click here.
﻿ 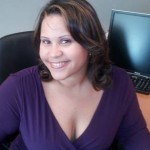 Milly Taiden (also writes as April Angel) was born in the prettiest part of the Caribbean known as the Dominican Republic. She grew up between New York, Florida and Massachusetts. Currently, she resides in New York City with her husband, bossy young son and their little dog Speedy.
She began writing when she learned to put words together and her first book consisted of two homeless dogs living in a park for her second grade English class. She didn’t win a prize, but she acquired a love for writing that never went away.
When she’s not working full-time, texting with her best friend Heidi in England, chastising her son for pulling the dog’s ears, shopping with her sister Jewel or watching scary movies with her husband, she can be found writing on her laptop. She’s addicted to shoes, chocolate, Dunkin Donuts coffee and JIMMY THOMAS covers!!!
Website: http://millytaiden.com/
﻿
Posted by RomFan Reviews at 8:00 AM
Email ThisBlogThis!Share to TwitterShare to FacebookShare to Pinterest
Labels: Blog Tour