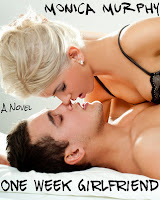 Why would the town golden boy need to buy a girlfriend to take home for Thanksgiving break?  Drew Callahan has demons, big demons, and by having someone filling this role just might offer some protection.  So when he approaches Fable Maguire, the town floozie, for the role it’s the money that seals the deal.  Raising her younger brother while their mother makes random appearances,  she knows the money will a big help, but something about Drew makes her want to do this for him.  Besides, it’s only one week right?

Demons. We all have them. Some just bigger than others, but Drew’s have caused him to live the shell of a life that his family could financially afford.  Handsome, college football hero and utterly alone, but Fable understands Drew and offers him a lifeline. Once Fable meets his father and step-mother, she knows something is not right and will give Drew the strength and support to get through their week together as boyfriend and girlfriend.   They fight their growing attraction, but her own insecurities threaten to push him away.  Who will cry “marshmallow” first?

I was immediately pulled into this story by page one and was excited to see it has a sequel.  I fell in love with Drew and Fable. Two young people pretending to be someone they’re not just to survive is a powerful and motivating story.  Ms. Murphy created wonderful characters that you either loved or hated within a dark storyline that had my pulse hammering wondering if I learn his secrets.  One Week Girlfriend’s sequel, Second Chance Boyfriend, is in the works and will be reading it.

Temporary. That one single word best describes my life these last few years. I’m working at a temporary job until I can finally break free. I’m my little brother’s temporary mother since our mom doesn’t give a crap about either of us. And I’m that temporary girl all the guys want to get with because I give it up so easily. According to the rumors, at least.

But now I’m the temporary girlfriend of Drew Callahan, college football legend and all around golden guy. He’s beautiful, sweet—and he’s hiding way more secrets than I am. He’s brought me into this fake life where everyone seems to hate me. And everyone seems to want something from him. The only thing he seems to want though is…

I don’t know what to believe anymore. All I know is, I think Drew needs me. And I want to be there for him. 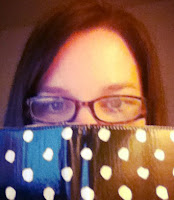 Monica Murphy is a writer, a wife and a mom. She drinks too much coffee and spends too much time in front of her computer. She likes to read, she watches bad reality TV and she sometimes acts younger than she really is. Though most of the time she's sure her kids think she's a complete buzz kill.

CONTEST:
One lucky person will win an eBook copy of One Week Girlfriend  at each stop and a GRAND PRIZE $25 gift certificate so the more stops you visit and leave a comment the better your chances.  You must include your email in your comment to be entered.

Posted by RomFan Reviews at 8:57 AM
Email ThisBlogThis!Share to TwitterShare to FacebookShare to Pinterest
Labels: Contemporary Romance Review, Contests