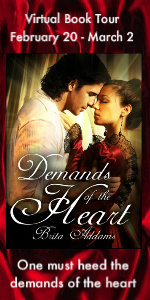 Writing the bones, then putting meat on them
Brita Addams

The one fallacy many writers have when they first start writing, is in the thinking that they have to write the entire the story in one go. Oh, how difficult that is, even in the second or third go.

Building a story is difficult work. Each scene builds toward the next, and sometimes the story veers off into directions unforeseen. For me, it is very difficult to plot a story in its entirety. The fundamentals, yes, the general direction, even an idea as to how it ends, but the meat of the story is something that takes shape as I go along.

Characters tend to have ideas of their own and to steadfastly ignore their pleadings is to sacrifice the story they want for the one I can't quite see yet.


I've discovered that I can write very quickly if I don't stop to flesh out the thoughts or actions on the first go-round. It is good for me to get the thoughts down, sometimes with notes about further researching a particular point. The story flows nicely if I don't fill in every detail, every description.

Much like a woman dressing for a ball, stories are written in layers.
Underclothes first, or in the story sense, the setting down of the conceptual ideas. The slip and corset comes next, and with it, the eventual shape of the woman (or story) takes form. Then the lovely dress is slipped over her head, the buttons fastened (edited) and the entire picture (story) comes into view.

There are as many different habits in writing as there are writers. Plotter or pantser (writing by the seat of your pants) is a very common question. I always answer that I'm a bit of both. I write down the beginning, usually starting with a scene that has haunted me. I create the main characters, set down their features, their manner, their social positions—all this is done before I start to write.

I get the basic goal of the story set, that's pretty easy usually, pretty elementary – the getting together of the two main characters. I don't write anything but happy endings. J The story lies in how that goal is accomplished, what will keep them apart, what angst the characters have, enemies that step into the breach they've cause, oh, my there are thousands of ways to get to the goal.

Sometimes, well, okay, most of the time, my characters take me for a ride and that's the story that is the most fun to write. I love being taken on an unexpected journey, having the story unfold in ways I didn't expect, things happen that I never saw coming.

One quick story—when I starting writing Lord Decadent's Obsession, my hero, Prentice Hyde, was in possession of a nagging mother. She'd made it her life's work to remind Prentice that he, as a Marquis, was obligated to marry and soon. There was one particular scene where Mama Hyde and her daughter had destroyed a perfectly nice evening. On the way home that evening, the dear older woman met her demise. I'd had something entirely different planned for her, having her as the bane of Prentice's existence throughout the book, but I was led to something completely different.

That's a minor example, but it illustrates the point.

The length of the book is also something that I never can determine until it's written. I never force the story to be any particular length. Overwriting is always a bad idea. It often leads to meandering plots, filler characters or side stories that don't have anything to do with the main story.

Too many stories within a book gets confusing, gives the reader too much to sort out and keep straight. It's also the cause of the dreaded "sagging middle," the place where the writer has to write something, but the story doesn't have enough fuel to see its way through to a longer book.


I learned early on, that if a paragraph or even a scene can be cut and it doesn't harm the story, they aren't needed. That only means that it didn't advance the story in any way. It was great advice.

Writing is great fun, a wonderful creative outlet. To be a published author is a great honor, and to have readers who wait for your next book to be release, now that's priceless.

Here's the blurb from my new release, Demands of the Heart:

In 1807, idealistic Richard Fanshaw and Victoria Bramhill are consumed with each other, their young love blooming amidst a series of carefree soirees and stolen moments.

But jealousy and greed turn what they have into something ugly and twisted. They're wrenched apart amid vile lies and deceit when Victoria's freedom is bought to pay her father's debts.

Six years later, Victoria is widowed and a cynical Richard has just returned to England after years in India.  Having been given the impression that Victoria's marriage was a happy one, a chance meeting renews Richard's anger over Victoria's betrayal and sets in motion a plan for revenge.

One must answer the demands of the heart.

To read an excerpt and purchase, click here: Demands of the Heart


I'd love to hear from you. You can find me at any of these places: 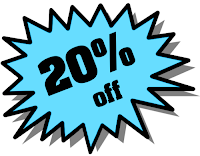 There's no limit. Buy one book, or all seven, you'll get 20% off your purchase. The eligible titles are: Serenity's Dream; Lord Decadent's Obsession; Chocolate, Tea, and the Duchess; The Rogue's Salvation; A Minute After Midnight; An Evening at the Starlight, and the book I wrote under the name Tina Ordone, Her Timeless Obsession.

The price you'll see is the reduced price.

This is a backlist sale, so it doesn't include Demands of the Heart.


I have several contests running during the book tour, ending at midnight, March 2.

I'll choose a daily winner from the commenters. I'll will be giving away an ebook from my backlist at each stop. The only exclusion is Demands of the Heart. One book per commenter, please.


Demands of the Heart T-Shirt Contest: 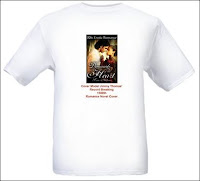 If you answer the three questions correctly, you could be one of four winners. The prize will be a T-Shirt with the cover of the book on it. The shirt also says that the cover is model, Jimmy Thomas's 1500th cover. There will be four winners, each winning a T-Shirt and other swag.


Please do NOT put the answers in the comments section of this blog or on Brita's site. Email them to Brita, with T-Shirt Answers in the subject line.


3.      Describe the signature brandy snifter at the Sapphire Club.


This contest is about Demands of the Heart. Of course, you're under no obligation to buy or read the book, but if you choose to, this contest is for you.


I've put three questions up on my website, all relating to my book, Demands of the Heart. Answer the questions and EMAIL me, with the answers, at britaaddams@gmail.com  Be sure to put GRAND PRIZE in the subject line.


You must have all three questions answered correctly to be entered into the drawing.


The Grand Prize is the entire Sapphire Club series in print, signed by the author. I'll also include some other signed swag.

Good luck and I hope to hear from you soon.

Thank you Annette, for having me. I truly appreciate it.

You can read my five hunk review here