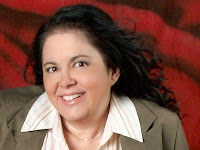 We have with us today award-winning historical romance author Mia Marlowe.

Welcome to RomFan Reviews Mia it is a great honor to have you with us today.

Tell us a little about your new release with Connie Mason Sins of the Highlander.
MM: Thanks so much for having me! I’m so excited about Sins of the Highlander. It’s the story of Rob MacLaren, a man bent on taking revenge for the death of his beloved wife. Unfortunately, kidnapping his enemy’s bride at the altar didn’t work out the way in which he expected. Our heroine Elspeth is a strong woman who’s easily his match. She has the gift of Sight, but she can’t control it. The visions come when they will and she doesn’t always understand what she sees. If you’d like a taste, here’s a link to an excerpt: http://miamarlowe.com/books/sins.php#excerpt Rob’s pain in this opening always makes me want to cry.

You and Connie team up again for another release Lord of Fire and Ice which will come out in August can you give us a sneak peak of what it is about?
MM: Oh, this was such fun! As you probably know, Connie’s fans expect her to take them to unexpected times and places, so this story is set in Medieval Scandinavia. Our hero Brandr is returning home from Byzantium where he mastered his unusual gift. He’s a fire mage in a culture where anything that smacks of magic is suspect. Brandr is taken as a thrall at the beginning of the story and given to Katla, a woman whose husband was killed by Brandr’s father. Her temper is as black as her hair but Brandr’s just the man to thaw her icy heart.
Besides Lord of Fire and Ice what is next for you?
MM: Besides my collaborations with Connie Mason for Sourcebooks, I also write for Kensington. On February 28th, Touch of a Rogue will hit the bookstore shelves and next summer the 3rd book in the Touch of Seduction series, Touch of a Scoundrel will be released.
Connie and I are working on a new Regency series called The Royal Rakes. In Waking Up with a Rake, the royal dukes are going courting. Only the young, fertile and chaste need apply for the role of princess. Rhys Warrington must thwart the Duke of Clarence’s pursuit of heiress Olivia Symon by making sure she doesn’t meet the last qualification. ;-)
I’m also working on another novel set in Scotland for Kensington due to come out December 2013. If you’d like updates when my next book is out, please sign up for my newsletter at http://www.miamarlowe.com If you enter my website contest, you’ll be eligible for the drawing for a new KINDLE as well as be signed up for my newsletter.
Prior to writing you graced the stages as an opera singer, do you still perform?
MM: Singing at that level requires a huge time commitment for daily rehearsal, so no, I don’t sing opera any more. However, I do sing in my church choir and still love pouring my soul out in song.
What inspired you to begin writing?
MM: I met another romance writer, multi-cultural author Eboni Snoe. She and I became friends since our husbands worked together and she encouraged me to give writing a shot. I’d been an avid reader all my life and thought it would be easy. I think the Greeks call that “hubris!” Learning to write a novel was a steep learning curve for me. Four years and two manuscripts later, my third story sold. Thanks for the encouragement, Eboni!
How exciting is it to find your books published internationally?
MM: It’s so thrilling. My work has been translated into Dutch, German, Italian, Japanese, Polish, Russian, Spanish and Thai. I love hearing from readers all over the world. When my DH had to travel to Amsterdam for business, I tagged along for pleasure and one of the highlights of the trip was meeting one of my international readers there for lunch.
With all that you have going on do you find time to sit down and read if so what are you reading now?
MM: I’ve always got a finger in several books at once. For research, I’m reading Kloester’s Georgette Heyer’s Regency World. My book club is working through Luncheon of the Boating Party by Susan Vreeland. It focuses on Renoir’s painting by the same name. And Madeline Hunter’s Ravishing in Red is on my bedside table right now.
Is there any advice you would give to those who are looking to write their own books?
MM: Join your local RWA chapter. I learned to write from the generous authors in Eastside RWA in Seattle. You’ll receive instruction in the writer’s craft, encouragement from others who are also working on bringing the stories in their head to life and you might just make a few friends!
How can readers contact you and learn more about your books?
MM: http://www.miamarlowe is my cyber-home and I’d love to see you at my blog sometime. I’m also on Facebook: http://www.facebook.com/MiaMarloweFanPage and Twitter: http://twitter.com/mia_marlowe .

Thank you so much Mia for spending some time with us it was a pleasure having you here and we hope you come back.

Abduction
Never had Elspeth Stewart imagined her wedding would be interrupted by a dark-haired stranger  charging in on a black stallion, scooping her into his arms, and carrying her off across the wild Scottish highlands. Pressed against his hard chest and nestled between his strong thighs, she ought to have feared for her life. But her captor silenced all protests with a soul-searing kiss, giving Elspeth a glimpse of the pain behind his passion—a pain only she could ease.

Obsession
“Mad Rob” MacLaren thought stealing his rival’s bride-to-be was the perfect revenge. But Rob never reckoned that this beautiful, innocent lass would awaken the part of him he thought dead and buried with his wife. Against all reason, he longed to introduce the luscious Elspeth to the pleasures of the flesh, to make her his, and only his, forever.

With two clans against them burning for battle, they must find a way to join together—body, breath and soul. Or both will be made to pay for the Sins of the Highlander.

ABOUT THE AUTHORS
Connie Mason is a New York Times bestselling author of more than 50 novels. She was named Storyteller of the Year in 1990 and received a Career Achievement Award from RT Book Reviews in 1994. She currently lives in Florida. Mia Marlowe is a highly acclaimed new voice in romance whose debut novel released in Spring 2011 from Kensington. She lives in Boston, MA. Together, they are working on a new Regency romance series for Sourcebooks Casablanca, the first of which will be in stores in Fall 2012. For more information, please visit http://www.conniemason.com/, http://miamarlowe.com/ and follow Mia on Twitter @Mia_Marlowe.

Now for two lucky people Mia is giving away copies of Sins of the Highlander so leave a comment along with your email address to be entered.  Contest ends Wednesday, January 11th at 11:59 PM EST and is open to US and Canada only.