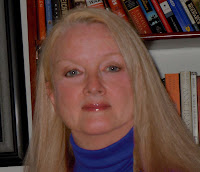 When Annette asked me to write about a favorite holiday memory, my first thought was that I don’t really have any. Sure, we always celebrated Christmas when I was growing up. And, yeah, with six kids, a mom and a dad, and assorted animals, life in our house was hectic on the most routine of days, which Christmas certainly was not. But special memories?

I suppose I could talk about the Christmas when I was six and realized there was no such thing as Santa Claus. It wasn’t a particular shock to me. I was just standing there looking at the huge (in my eyes) tree and I knew. No Santa. But, hey, as along as I got the giant ballerina doll in her pink tutu, what did I care where it came from?

And then there’s the Christmas when I was fifteen, when I really wanted an archery set. Not some cheapo kids’ bow and arrow toy, but the real thing with metal tipped arrows and a bow with some serious draw. I thought for sure my parents had blown me off, but, no. At the last minute, my dad brought out this long box wrapped in candy cane striped paper, and I knew even without opening it what it was. I mean, really, what else could it be? But the best part of that memory is how I went on to win my high school’s all-school archery championship in the Spring. Apart from the obvious reason why that’s a good thing, there was a more subtle motivation at work. My older sister and her friends were all the girl jocks of the school. They took all the spots on the girls’ athletic teams and, let me tell you, they played for blood. So, I can’t tell you how pissed off they were when I beat all of them to win that championship. And the fact that I was the younger sister of one of their own just added salt to the wound. Sweet!

Ahem, okay, so back to the holiday spirit and all that. There was the midnight mass I went to with my sister and her fiancé (different sister) when I was twenty or so. I was already disillusioned with the church, but there’s something magical about a midnight mass with its pageantry and, especially, the choir. The sound of human voices raised in song is one of my very favorite things.

And then there’s all the wonderful holidays spent skiing with my darling husband. The sunshine (usually) and cold air as you zoom (more or less gracefully) down the slopes, stopping for lunch at a picnic table at base, thawing out at the end of the day with martinis and good food. And then waking up the next morning and doing it all over again.

Yes, lots of memories over the years, some lovely, some drunken, many filled with love. But all in all, I gotta say, it’s the archery set … and my subsequent victory over the jock girls that stands out. Yep. That’s the one! (heh, heh)

Happy Holidays, everyone! And may all your holiday memories be victorious, er, joyful!

Drop by my blog at http://dbreynolds.wordpress.com for a chance to win a copy of any one of my books, winner’s choice, in either print or Kindle format.

Posted by RomFan Reviews at 12:00 AM
Email ThisBlogThis!Share to TwitterShare to FacebookShare to Pinterest
Labels: Holiday Blog Hop